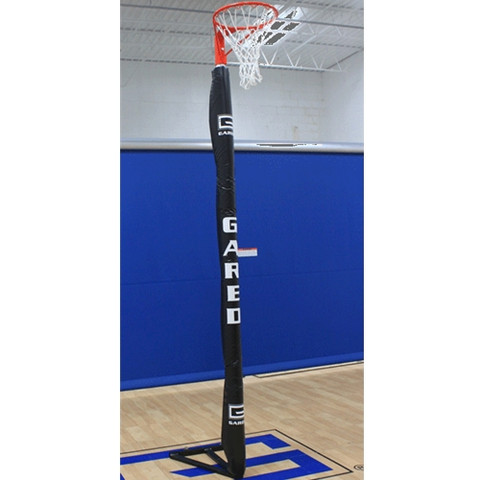 Hover over image to zoom

Competition Portable Netball Goal - Gared Sports 8412 HOOPLA™ Netball System
Netball is an exciting sport that is becoming more popular in the United States and worldwide. This competition portable netball goal is great for startup and established leagues, and allows them to easily set up the game on a basketball court or other playing surface.
HeadCoachSports.com has all the equipment you need for one of the fastest growing sports worldwide – NETBALL! We carry a large assortment of Netball Systems, whether you’re playing in an official league, or just want an economical system for your backyard.
Choose from our steel or aluminum systems made by Gared Sports, with either portability or inground mounting to fit your specific needs.
All of our Gared Sports Netball systems include an orange powder-coated rim with 15” diameter for official play, along with post, net, and hardware • Portable systems include a base for easy transport of unit.
Gared Sports 8412: Hoopla™ Portable Steel Netball System Features include:

This product hasn't received any reviews yet. Be the first to review this product!